Products Our Process Resources About Us Blog Careers Contact Order

The cold, gray skies of Michigan fell away as we boarded a 767 headed to sunny California early morning on March 22nd.  We touched down at LAX about four hours later, land of gorgeous celebrities, packed freeways and perpetual summer.  After an hour in traffic, we arrived in beautiful downtown Pasadena and headed straight to the convention center to set up our display.  We met up with some of the attendees of the conference portion of the event who were very excited by the sessions they’d attended.  Sam Klaman from Closet Concepts in Milwaukee, WI had this to say:

“As for a takeaway, on my list to go over with our sales team, I have underlined: details make the difference.  In an industry that is becoming commodified at big box stores and wholesalers, I think it’s increasingly important to underline what sets us apart from the run-of-the-mill.”

The next event on our list was the plant tour of K&Z Cabinet Company located about an hour away in Ontario, California.  K&Z is a high-tech company utilizing mostly Stiles Machinery’s equipment to produce high-end architectural case goods and millwork.  Over 85 employees produce anywhere from 60 to 80 cabinets daily.  Mike Twyford, VP, lead multiple tours and we really got an in-depth look at their stream-lined, automated process.  It was a very informative and interesting tour!  Mike spoke with passion about the company and made it evident that K&Z’s reputation for excellence is well-deserved.

Wednesday the 23rd brought the anticipation of hearing Lisa Adams, owner of LA Closet Design, give the Expo Keynote address sponsored by JB Cutting!  Even though she had lost her voice, the address given by her assistant was very informative and highlighted her tools for success. 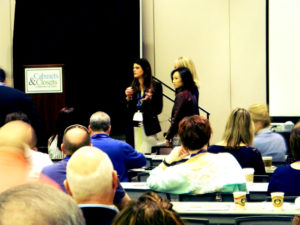 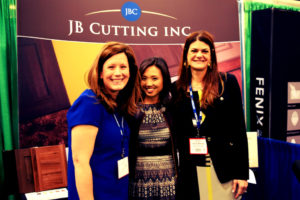 The expo was full of energy and we met quite a few new contacts, along with reconnecting with current customers.  JBC was promoting our 5 Piece Craftsman Series and our new TFL Artisan Series.  Much interest was generated in our 90 degree TFL shaker door, especially in the Stevens Industries color Aliso.  Around 4pm, everyone headed over to a separate part of the show floor where the Best in Wood and Top Shelf awards were held.  A big congrats to all the winners!  A detailed list is available here.  After a long day of meeting and greeting, we gathered with a group of attendees and exhibitors at the hotel and continued to network late into the night! 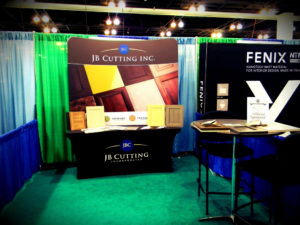 Thursday morning we headed over to the expo bright and early to get set for a full day of making contacts and displaying our new products.  The day seemed to fly by!  After an action-packed few days, it was time to quickly break down our booth and head to the airport to make our flight back to Detroit.  Here’s JBC President Debra Behring’s take on the event:

“Traveling to the West Coast for the Cabinet and Closets Expo 2016 was a roll of the dice.  I really had no idea what to expect for excitement and attendance.  I was pleasantly surprised!  The hype for me was seeing so many TFL manufacturers showcasing the beautifully embossed panels that are hitting the market at a rapid pace.  Currently, facts state that more than 50% of closet sales are White, but as more and more of these designs get into the hands of consumers that will change.  I’m glad we participated and, as always, it’s good to see old friends and meet some new ones.  Until Schaumburg…have a great year!” 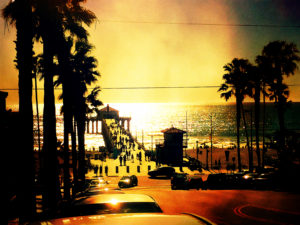 Hopefully, this gives you a little taste of what the CCCE is like from a vendor standpoint.  We have already signed up for next year’s conference in Schaumburg, IL.  Don’t forget to mark your calendars for April 12-13th, 2017.  See you there!